At the end of 2018, I had a real urge to try a plant-based diet to see how that would make me feel.  I have read reports of how a plant-based diet has cured some people of chronic back pain.  Although my back is no longer in constant pain, I have to stretch very regularly before the pain comes back.  I was so keen to try this and not wait until 1st January for Veganuary so I started on Christmas Eve instead!

You must be thinking that it must have been difficult to go from an omnivore diet to a plant-based diet, especially around Christmas time.  The truth is I felt quite excited about this new diet trial and researching on the nutritional food I should be eating to keep a balanced diet with sufficient protein, fibre, vitamins and minerals.

What I ate & what I learnt so far 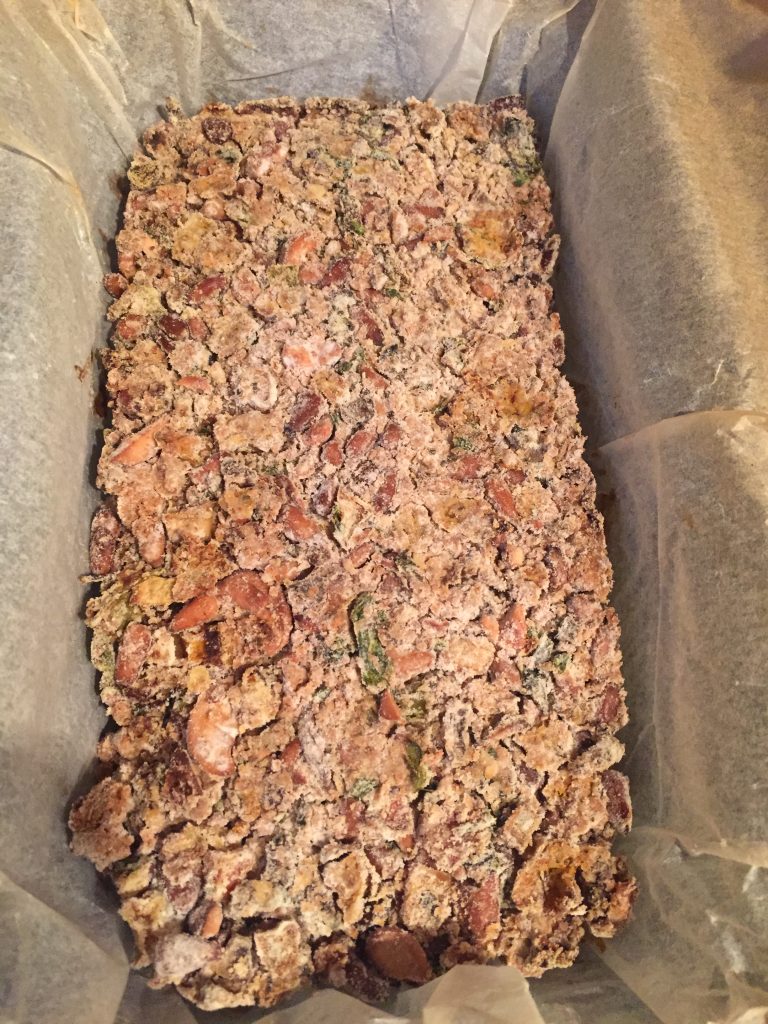 In the first week of my plant-based diet, I cooked a nut roast for Christmas from a Deliciously Ella recipe.  I have never had a nut roast and never cooked one either.  The recipe was easy to follow and I took my time making it.  I also made a vegan mushroom gravy, vegan stuffing and steamed lots of vegetables for Christmas.  It was all good until later in the evening when I had indigestion.  I wondered if I ate too quickly earlier and told myself I will remind myself to eat slower.  On Boxing Day, there was still a lot of nut roast left so I ate it again, this time eating a lot slower.  Again, my stomach didn’t feel very well afterwards so I started to research why that might be.

I always knew that it will time to adjust to a plant-based diet.  It appears that some people (not all) struggle to digest large amounts of nuts and seeds easily.  I have read that some people have to soak and slow bake all nuts and seeds between 12 to 24 hours before they can eat them without any problems.  I have snacked on fruits and nuts for years and never had a problem before but the volume of nuts and seeds in a nut roast far exceeds what I would normally consume.  After a couple of days, I felt back to normal again so luckily, I don’t have to soak and slow roast them to carry on with this plant-based diet. 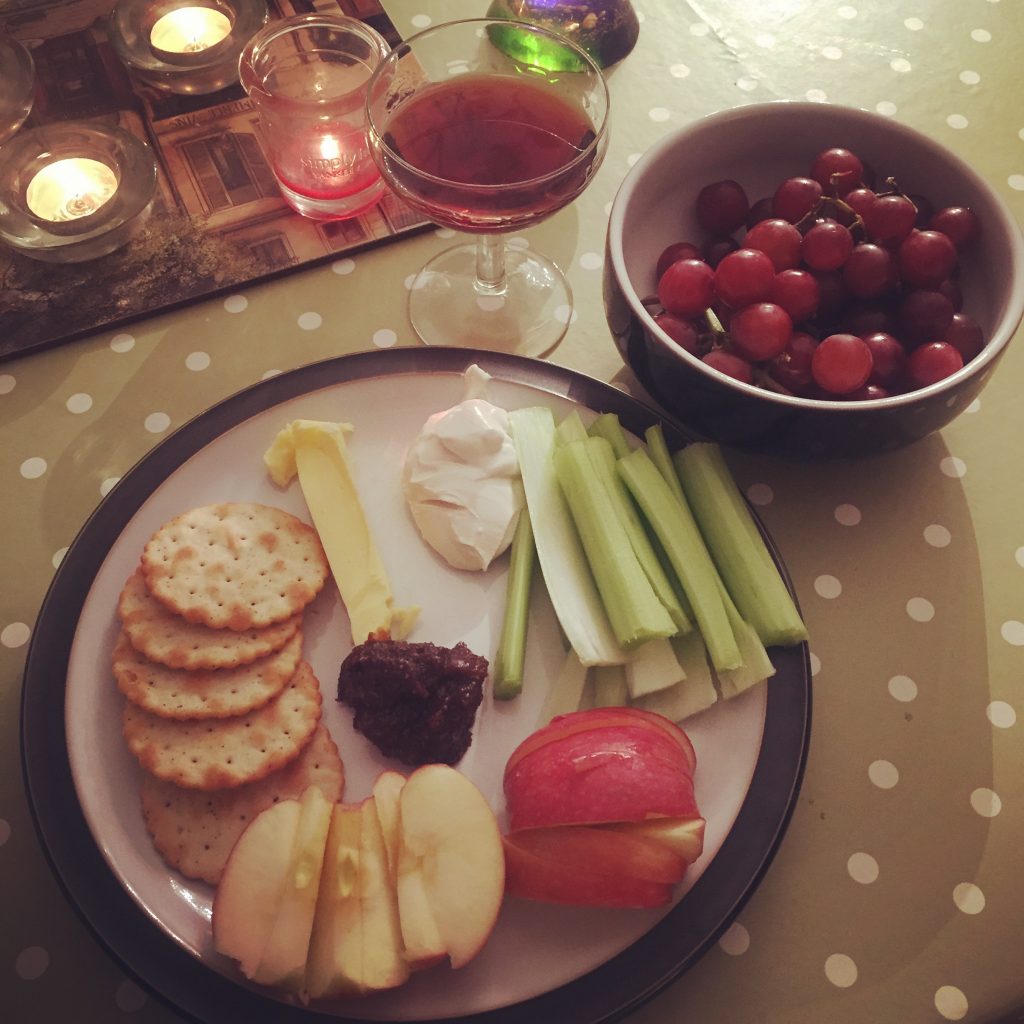 An interesting fact I found out for the festive season is that not all wine, champagne and spirits are vegan friendly.  Some wine and champagne have fish, milk or meat protein added in the process of making the final product.  Some supermarkets’ websites like Morrisons’ allow you to filter and see which ones are vegan friendly.

Another new food I tried over the Christmas period is vegan-cheese.  I bought some cheese from Violife and soft cheese from Tesco.  The Violife cheese has good ratings online and although the texture is similar to cheddar cheese, it didn’t taste quite like the same as normal cheese and it wasn’t as heavy.  It was pleasant to eat and if I really paid attention to the taste, I could tell something was missing.  The Tesco soft cheese was slightly watery when I opened the pack.  The texture of the cheese spreads on crackers like cream cheese and I felt it was tasted more cheese-like.  Both cheeses are made with coconut oil and you can slightly smell the coconut oil in them.  Both are pleasant to eat and I would buy again. 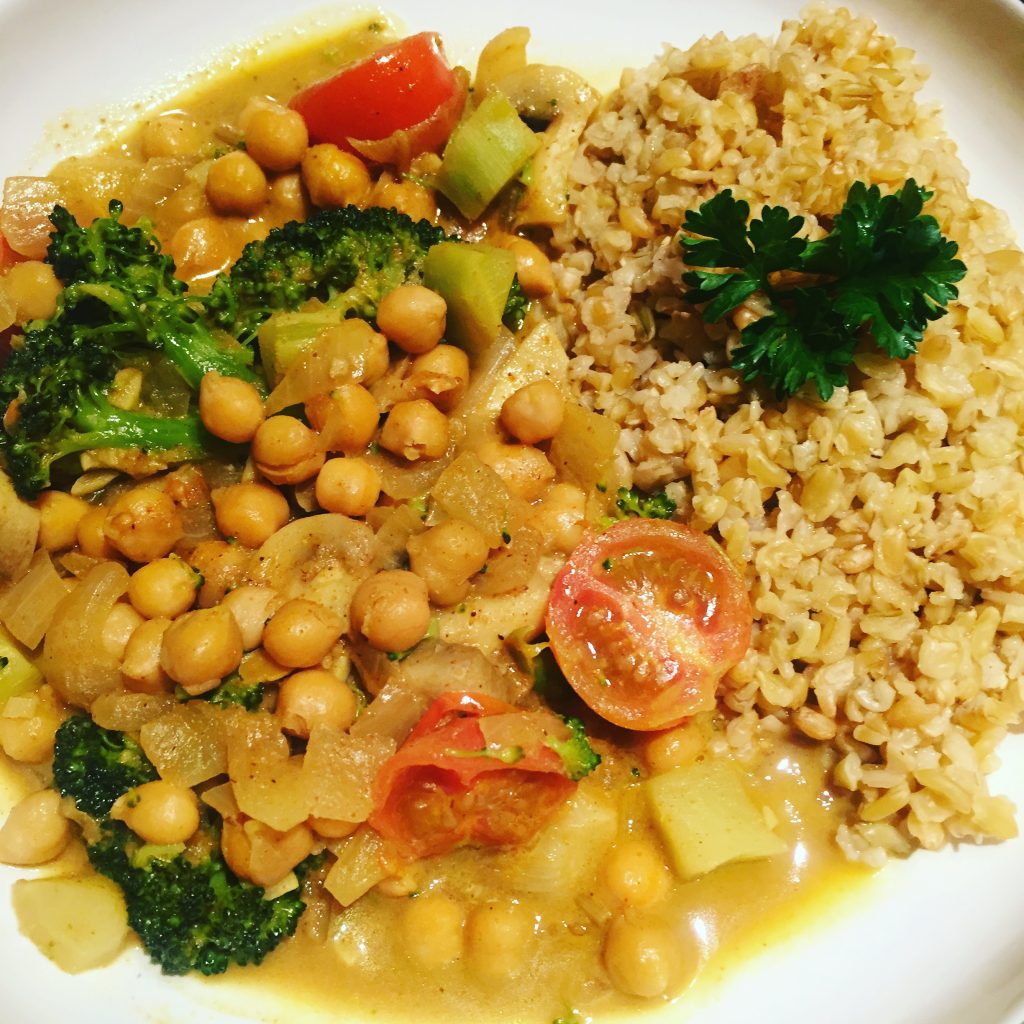 One of the newest and most exciting discoveries I found is freekeh.  Freekeh is a low GI grain which has more fibre and protein than quinoa but less carbohydrate and fat content.  It also contains calcium, potassium, iron and zinc.  It was very easy to cook and delicious with my vegan chickpea curry.  I had to go to an organic health food shop to find it as my local supermarkets don’t stock freekeh but it was worth the trial.  It wasn’t cheap when I bought it in the shop but it’s probably a lot cheaper online.

After posting a picture of my plant-based food on Instagram, one of my nutritionist friends suggested that I keep an eye on my intake of folate and vitamin B12, as a vegan diet may not give me enough which my body needs.  I eat quite a lot of green vegetables such as spinach, kale and broccoli so I would like to think I am eating enough folate.  However, vitamin B12 seems to be a tough one.  I went to two health food stores and none of them had vegan friendly vitamin B12 supplements.  Having spoken to one of my yoga teacher friends about it, she recommended the BetterYou vitamin B12 oral spray.  The spray is vegan-friendly and I will be able to avoid the plastic they use in some tablets.

Any change after 10 days?

In the first 10 days of this new diet trial, I never went hungry, had some amazing food including some organic, gluten-free and dairy-free chocolates by Booja Booja over the Christmas period, I lost a pound when I weighed myself.  Somehow, my gut feels lighter anyway.  Before I started this trial, I have not weighed myself for more than a year and a half but I thought I would as part of this new diet.  I know everybody’s weights fluctuate anyway (especially women’s).

As for back pain, my back feels relatively the same, if not better as I had more time to go to yoga classes.  I am looking forward to seeing what the next few weeks will be like!

Is it more expensive?

I admit that going to a plant-based diet has initially cost me more money as I had didn’t have much food left when I started this trial (as I don’t like wasting food) and some replacement products cost more money.  I did some impulse buying in organic health food shops.  The vegan vitamin B12 supplement is definitely more costly than non-vegan brands.  Vegan cheese cost more too but I ate very well.  I ate more organic products and I now have more knowledge to plan ahead and buy food such as organic freekeh and quinoa online for cheaper prices.

I am looking forward to see how the rest of the 6 weeks’ trial goes.

Have you started a plant-based diet or are you on the Veganuary trial?  If so, please feel  free to share how this is going for you: